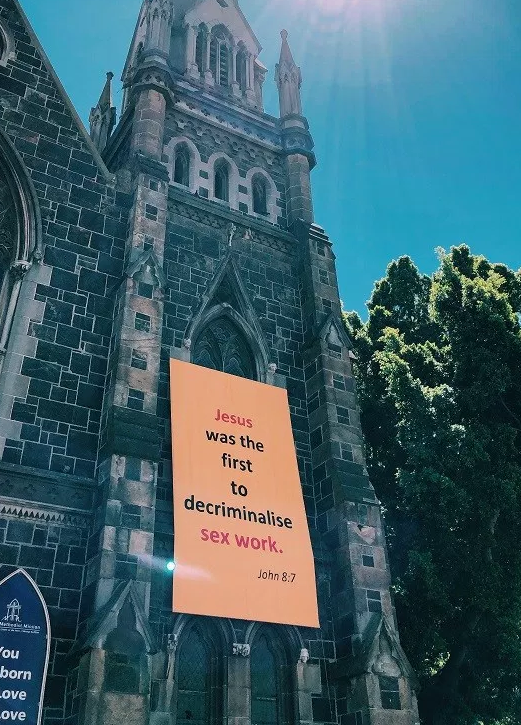 In all likelihood you have heard the clamor in the background of life over the last couple of weeks. The cacophony has been persistent and, seemingly, growing every day. That pullulating maelstrom is the herald of the Whorepocalypse. The sky is falling!! End times are nigh! The rapture is…. Ok, ok, perhaps I am being a tiny bit dramatic. But these are tumultuous times and many in the industry are feeling the discord.

There are assuredly more the above list is missing as resources are disappearing at an astonishing clip.

Fosta/sesta was purportedly created to end trafficking. In reality, it is one step in an Orwellian campaign to enforce (*a specific brand of*) morality that prioritizes the eradication of sex work and pornography. Side effects of this campaign include elimination of SWer resources, breakdown of community/communication, public shaming, propagation of  stigma, and intentional blurring of lines between legal and illegal SW. That many of these come at the expense of the safety of those in the industry is secondary to the advancement of their cause.  Thusly, the proponents of this bill to help save trafficking victims seemingly feel the most advantageous way to do so is to endanger those they claim they are trying to rescue. If you follow that logic.

While fosta/sesta does have some impact on me (more on that later), the most pervasive effects are likely to be felt by those who are most vulnerable. With the closing of BP and CL, there are no national, free or inexpensive ad boards. If a SWer is low on funds, how are they to advertise? They can’t. Those sites have all been shuttered. There is a new site that has free posting called Doublelist. I don’t know much about it and am not sure that, in this climate, this nascent board will survive. Though for survival SWers, Doublelist (or a site akin to it) could be the difference between being able to pay rent and being on the street. On the topic of the street, there is another free option: take a stroll down Aurora. Of course, that means no screening, getting in cars with strangers, more exposure to LE… the hazards of street-based SW increase by degrees of magnitude. As resources disappear, it becomes progressively harder for providers to stay safe. Marginalized and vulnerable SWer populations become more marginalized and more vulnerable. More desperate.

The passage of fosta/sesta was the impetus for me to evaluate my cybersecurity status and implement a  few upgrades. When I began working ~4 years ago, I created a gmail address that has been my primary point of contact ever since. Last week, I began phasing out that email and migrating over to protonmail (PM). PM is free, encrypted, and calls Switzerland home. If you are not familiar with it, I would urge you to check it -or an alternate encrypted email application- out. Once my PM account was set up, I did two things: first, I paid $60 to upgrade to a plus account thereby making all emails encrypted. And, second, I went over to NordVPN and paid $70 for a two-year subscription. Both steps were easy and make online communication safer and private. One other issue that needed to be addressed was my website hosting company. Luckily, my web guru was on top of this and my site was smoothly shifted over to a hosting company in the Netherlands that is friendly to adult content.

As I type, it has occurred to me that some may read this post and think these precautions are pertinent for providers only. On the contrary, I would strongly urge anyone to take these steps – set up an encrypted email and VPN. Both can be done in under an hour and are reasonably priced. Other advice for hobbyists is to stick with seeing established, reputable providers – ideally ones that you know. And, should you decide to branch out, ask for referrals from a lady with whom you have an established and trusted relationship. Alternately, many providers have a ‘friends’ page on their website (myself included). These ‘friends’ pages are a good way to safely broaden your horizons.

These are tumultuous times and the industry is evolving. No matter how many laws are passed or what hyberpole is shouted by abolitionists, the industry isn’t going away. The bible was (allegedly) written something like 3500 years ago and you may be familiar with a prominent character in that book named Mary…. Sex work will endure. We do, however, have to be aware and take measures to keep ourselves, and each other, safe.